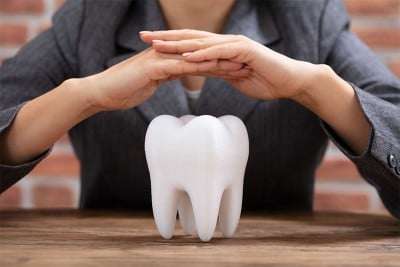 Teeth have played a crucial role in history from convicting murderers to identifying missing people, they’re still being used today to piece together puzzles in our history. One of the most recent developments was a tooth discovered in the Bacho Kiro cave in Bulgaria. Archeologists claim this is the oldest piece of evidence to support Home sapiens living in Europe.

Along with the lower molar, a team of archeologists found human remains, bone stools and pendants made of care teeth. So far, it’s the oldest piece of evidence archeologists have ever found from modern humans in Europe. Previously to this discovery, the earliest piece of evidence that linked Homo sapiens to Europe showed that they shared the land with heavily built Neanderthals who were already living there.

The evidence found suggests the people who were residing at Bacho Krio cave were part of the pioneer Homo sapiens that entered central and southern Europe from Asia nearly 47,000 years ago. It also indicates that their arrival in Europe was 8,000 earlier than previously predicted. These Homo sapiens eventually spread across Western Europe and replaced Neanderthals about 39,000 years ago. Archeologists were able to date the tooth and artifacts by using radiocarbon analysis which measures the decay of carbon isotopes.

Previous to this discovery, the earliest confirmed evidence of Homo sapiens in Europe were remains found in Romania that dates back to about 41,000 years ago.

Evidence Also Suggests Neanderthals Were Smarter Than We Thought

The artifacts also included distinctive tools and personal ornaments and new ways of using stone, antler, and bone which weren’t common in Neanderthals until years later. The evidence indicates that Neanderthals adopted these news ways of making tools from the Homo sapiens. It seems like they imitated the Homo sapiens’ tools to create their own. Previous to this discovery, there have been discoveries of strings, basket, and tools made by the Neanderthals which means they weren’t just clueless cavemen after all.

Who knew a single tooth could change history?

At Palencia Dental, we can’t stress just how important it is to maintain a healthy mouth. Not so that someone can use your dental records to change history, but to help you maintain a healthy life. If you’re overdue for a dental exam, please contact us today to schedule an appointment.